Swiss franc, dollar, yen... currencies-winners of the war in Ukraine 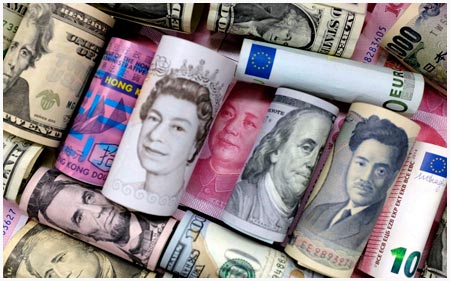 The main winners in the foreign exchange market are safe-haven assets: the US dollar, the Swiss franc and the Japanese yen, emphasizes our columnist William Gerlach, regional manager of IbanFirst in France. Conversely, non-European investors are massively abandoning all euro assets.

At the beginning of the first lockdown in March 2020, the euro fell by almost 500 points against the US dollar over several sessions. However, the joint actions of central banks and states (“by all means” in France) allowed the single currency to quickly regain its color. In June 2020, the EUR/USD pair was significantly higher than before the crisis. The risk aversion associated with the pandemic quickly disappeared. The situation is different today in the foreign exchange market.

For several weeks, traders have considered the possibility of a Russian invasion of Ukraine an unlikely event. Therefore, when it became known on February 24 that the invasion had begun, the market reacted sharply. Currency traders now foresee the worst-case scenario: European sanctions on Russian hydrocarbons, repression by Moscow (which could lead to the nationalization of some of the foreign companies present in the country), skyrocketing prices for energy, agricultural commodities, and runaway inflation. All this is uncertain. But it is clear that we are facing a rather unprecedented market configuration.

Given the course of negotiations between Russia and Ukraine, the third round of which ended on Monday without any real progress, all indications are that risk aversion will persist for at least a few more weeks. For generations of forex traders, a war in Europe is something new (the war in the Balkans in the 90s did not touch the same economic stakes). On the other hand, the reaction of the foreign exchange market is quite classic and expected.

The big winners are safe-haven assets: the US dollar, the Swiss franc and the Japanese yen. The dollar index, which is currently the best barometer for assessing the evolution of risk aversion, broke the psychological threshold of 99 last Monday and has now returned to its May 2020 highs. Last Friday, the euro/Swiss franc reached parity, which was unimaginable just a few weeks ago. For its part, EUR/JPY has lost almost 500 pips since February 24th. The fall is not over. Some central banks will try to contain the growth of their currency. The Swiss National Bank recently spoke in this direction. But their ability to influence exchange rates is limited in the face of general panic.

What is happening is that non-European investors are massively abandoning all assets in euros. This applies to the single currency. If the panic continues, we may see EUR/USD rally to 1.0350 in an extreme scenario. Faced with war in Europe, we don't see what the European Central Bank could have announced this Thursday after its meeting to restore confidence.

Commodity currencies such as the Australian dollar and the New Zealand dollar tend to fall during periods of risk aversion. This time it's not. According to the Bloomberg barometer, the Australian dollar is the G10 (rich countries club) currency with the strongest gain in a single month. This is explained by two main factors. First, monetary policy continues to be the driving force behind changes in the exchange rate. It is expected that the Reserve Bank of Australia will raise the key rate in the summer, according to the minutes of its last meeting published a few days ago. This is an auxiliary element.

Secondly, the war in Ukraine has led to a general increase in commodity prices (both energy resources and hydrocarbons and precious metals). Experts fear supply difficulties or even shortages. Hence the rise in price of a barrel of oil, for example. The price of Brent crude oil, which is the benchmark for Europe, rose above $122 per barrel. We can talk about an oil crash at this price level in such a short period of time. Australia exports not oil, but metals (for example, iron ore). Growth is just as dazzling, which in turn supports the Australian dollar exchange rate. This is the unexpected winner of this crisis in the foreign exchange market, which, unfortunately, has a good chance of continuing.