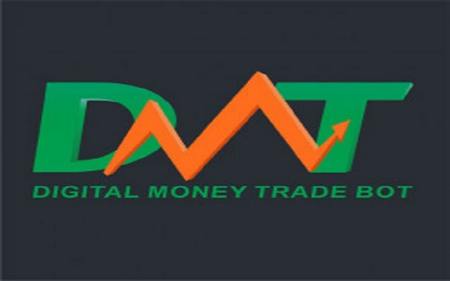 Investment in such projects can be perfectly described by the example of a simple bucket of gold, located in the center of the settlement.

The only drawback to this approach is that residents who manage to pick up a silver coin almost immediately get their gold back, while those who choose to wait get nothing, since at night one enterprising businessman will simply come along and take the whole bucket.

You can use this impromptu parable to describe the workings of almost any modern financial pyramid scheme, especially one that offers frantic investments every day. And dm-trade.biz is no exception.

Everything here is designed to trick you into believing your earnings are real. As it turns out, the favorite tool of the administration of dm-trade.biz is blatant lies.

Let's start with the license - it's fake. Brits open private businesses and sell the data about them to fraudsters. Given that there are no foreign economic activities, there are no consequences. But the naïve newcomer may believe the legend.

Here you can see the first discrepancy: the company from the license was created on August 28, 2018, but DMTrade confirms that they have been on the market since 2016.

Then comes the illustrative material: the data that the capitalization of the cryptocurrency market is 230 billion dollars. In practice, it is 108, and the amount is steadily decreasing. And, of course, the tirade about trust trading: give us your money, and we will multiply it by times.

Bitcoin has fallen by 15% more, cryptocurrencies are losing relevance, the introduction of blockchain technology is slowing significantly - only dreamers and scammers can make money from investing in this, and the latter only need to hide behind data, because they do not conduct any real activity.

By the way, the site is styled as a developing cryptocurrency exchange, even a plan of action is placed, but no one is going to implement it, of course. The scammers like visualization and show how they split 8 million of their budget: why they don't just continue earning 5 million dollars from exchanges is unclear. Probably because that money exists only in their imagination.

Email. They did not even bother to have a social networking group. Of payment systems: cryptocurrencies - that is, all that is not regulated by law.

The project is very young and well made, so dm-trade.biz has a chance to live somewhere around 20-30 days. As you might have guessed by now - the interest is paid at the expense of future investors. Now the scammers are in an active stage: they show in every way possible earnings and return deposits to attract attention.

Even lazy to sell ratings reviews and laudatory articles to buy. 15% of profit for 5 days, which is how much the most profitable rate promises, can offer only crooks.

You haven't seen a bank offering 1080% dividends every year, have you? However, many HYIP lovers believe that it is still possible to take risks, but we strongly advise you not to do so.

Another pyramid scheme, designed for a short distance. So far no one has managed to withdraw more than $10, and it is unlikely to succeed, because when dm-trade.biz receives a sufficient amount of funds, the pyramid owners will safely disappear.