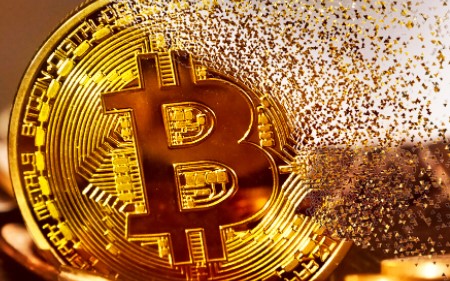 The price of bitcoin has fallen into a free fall. On Wednesday, the value of the largest digital coin plunged below $ 40,000 (almost 33, 000 euros), while the coin reached another record rate of $ 64, 895.22 last month. Criticism from Tesla CEO Elon Musk and a repetition of the Chinese government's decision to restrict the use of crypto coins caused a sharp decline in recent days.

The price of bitcoin has been on a sharp rise since the autumn. For example, the coin was worth about $ 10,000 in september and already more than $ 55,000 in February. After that, the price fluctuated and thus even exceeded $ 60,000.

However, the value of the bitcoin fell by over 12 percent in the past 24 hours, according to CoinMarketCap. This website follows various platforms on which cryptocurrencies are traded. The currency is now at its lowest point in more than three months.

The fact that Musk said last week that he no longer accepts bitcoins as a means of payment for the cars that his company Tesla brings to the market did not do the value of the coin any good. According to the multi-billionaire, the system behind the coin is not environmentally friendly enough.

On Tuesday, a statement from the Chinese central bank was added, which repeated that financial institutions in the country are not allowed to offer services for crypto coins. In addition, China warned against speculative trading in digital coins.

Ether, the second largest Digi-coin, has also lost much of its value in recent days. The price temporarily fell below $ 2,900 on Wednesday, where the coin was still worth almost $ 4,200 at its peak last week.