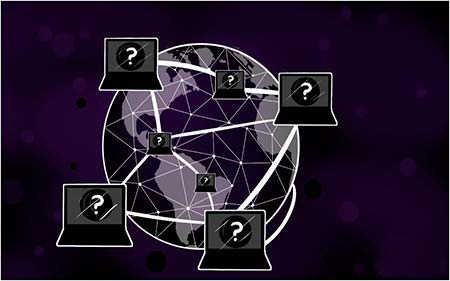 The phrase "anonymous transactions" has long been taken for granted by almost all players in the cryptocurrency market (both private traders and companies working with digital assets). The comparison with the well-known tautology “sweet sugar” seemed quite correct, since the very nature of cryptocurrencies is, in principle, practically incompatible with any kind of control.

But then national and global financial regulators “found out” that anonymity and freedom lead to a loss of control, an increase in the risks of tax evasion, money laundering and terrorist financing. The first attempts to legally limit the circulation of cryptocurrencies and take it under control were unsuccessful, but no one abandoned the idea itself. The last attempt to implement it was made by the legislators of the European Union. They proposed to completely ban anonymous crypto transactions.

Who benefits from the ban?

Any legislative initiative, especially if it concerns such a powerful political association as the European Union, must be supported by some reasons. “Just like that” no one will start such changes in these difficult times. And the reasons must be very, very serious, since if the initiative is approved, EU citizens will also be “under attack”.

The official explanation is the strengthening of control over the cryptocurrency market and the active opposition to any attempts to use digital assets for illegal purposes. At first glance, there is nothing "criminal" in this. Moreover, the idea is logical, correct and requires some kind of continuation in the form of legal steps. But the devil, as you know, is in the details.

In the light of global sanctions against Russia due to the conflict with Ukraine (as it is called in the European Union - a separate issue, we try to stay as far away from politics as possible) leaving a channel that would allow financial transactions to bypass sanctions would not be entirely logical. Cryptocurrency transactions in the form in which they exist now are practically impossible to control, which automatically provides a conditionally legal channel for circumventing sanctions.

Therefore, the legislative initiative of the European Union seems quite logical. Under the pretext of combating the financing of terrorism and erosion of the tax base, the EU wants to block one of the last "live" sources of cross-border transfers, in which Russia is one of the interested parties.

If the innovation is accepted (which there is no particular doubt), then anonymous cryptocurrency transactions will become impossible. At least if we talk about the legal plane. More specifically, the following restrictive measures are proposed:

Mandatory AML verification of all transactions involving private cryptocurrency wallets.
Banned any transactions between EU residents and citizens of certain jurisdictions. Turkey and Hong Kong appear in preliminary documents, but it can be assumed that Russia will be in it in the very near future.
If the innovation is accepted, then the restrictive limit of 1000 EUR will be canceled (mandatory identification threshold). According to many experts, the current norms can be circumvented through smurfing (splitting a large transaction into several small ones), so there is not much point in them.
A prohibition against cryptographic service providers in any way facilitating the implementation of transfers that fall under high-risk criteria (primarily money laundering, circumvention of international sanctions and financing of terrorism).

Cryptocurrency business of the near future

More specifically, the prospects for transactions involving residents of potential tax havens have suddenly become bleak. First of all, this concerns the USA, the British Virgin Islands, Hong Kong, Turkey and, of course, Russia.

Citizens of countries recognized as high-risk in terms of dirty money laundering (Cayman Islands, Iran) will also have a “hard time”. The same goes for rogue jurisdictions that are very active in using cryptocurrency transactions to circumvent international sanctions. Perhaps some options for making digital transfers will remain, but the line between “legal” and “illegal” will become even thinner and blurry in this case.

In short, the innovations do not bring anything good for the citizens of the Russian Federation and businesses with a Russian “registration”. Especially considering that the international sanctions imposed on Russia because of the conflict with Ukraine will only expand. And even if the situation returns to normal, it will still be a long time before the sanctions are lifted or at least eased.

In this case, what should all interested parties whose business is somehow connected with cryptocurrency do? Unfortunately, resign yourself to the inevitable, but not be limited to passive expectation of innovations. While there is time, we must act - there are alternative options (let us clarify - exclusively within the framework of the law!) There are, but access to them is becoming less and less stable every day.

At a minimum, you should consider opening a new bank account in a suitable jurisdiction and the “right” bank (neobank, payment system). Secondly, obtaining a residence permit and changing tax residency, although such a step will change too much in your life, so it requires mandatory preliminary study and a thorough analysis of possible consequences.

If nothing is done, then the room for maneuver will be less and less every day, and over time it will not remain at all. But, we repeat, you still have time, it is extremely important to properly manage it and take the necessary steps to protect your business, as well as protect / diversify assets.